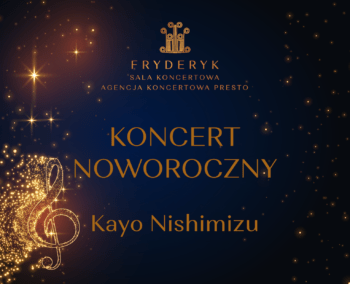 Concert Agency PRESTO invite you to the New Year’s Eve Chopin concert in the Fryderyk Concert Hall in Warsaw!