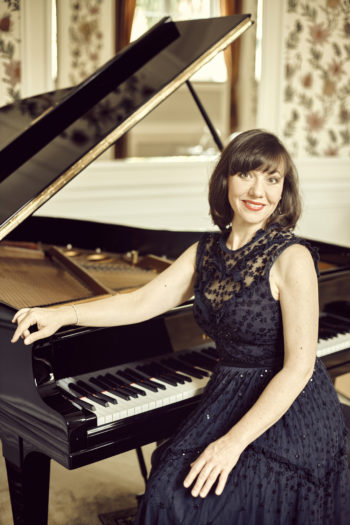 Katarzyna Glensk is a talented Polish pianist and a native of Opole, where she started her formal musical education at the age of 4 at the Fryderyk Chopin State College of Music. Her first foray into music was via her father’s lessons. In the piano class of Prof. Bronisława Kawalli and chamber music class of Prof. Mai Nosowska, Katarzyna continued her studies at the Academy of Music Fryderyk Chopin in Warsaw.

Postgraduate studies under Prof. Jan Ekier and Prof. Bronislaw Kawalli were taken to further Katarzyna musical abilities. Katarzyna has also studied in the United Kingdom (UK), at Darlington as a scholarship student at summer music courses. Katarzyna is a Trinity College of Music scholarship holder of London since 2001. Throughout her career Katarzyna has been frequently invited to perform at music festivals in Poland and around Europe as a soloist and with orchestra. She has also performed in Russia, the United States and many European countries. She regularly performs Chopin recitals and collaborates with the Warsaw Philharmonic Chamber Orchestra. In collaboration (since 2009) with the violinist Henryk Trzonek Katarzyna has created Duo Kreisler, performing a wide repertoire of music all over Europe and the USA (New York). In 2018 Katarzyna partook in a critically acclaimed concert in New York’s Carnegie Hall.

Katarzyna has many achievements, awards and distinctions to her name, including:

Katarzyna has recorded many CDs – Toccata Classics in London have published a monographic album devoted to the works of the Polish composer Krzysztof Meyer which contains a recording of the premiere of Sonata for cello and piano op.99 performed by Katarzyna in duet with Ewa Mizerska. For the occasion of the Chopin Year Katarzyna recorded a CD of the composer’s works.

Katarzyna Glensk performs Chopin Concerts, performing for foreign guests in Poland, for Concert Agency PRESTO for the past 6 years.

in A flat major