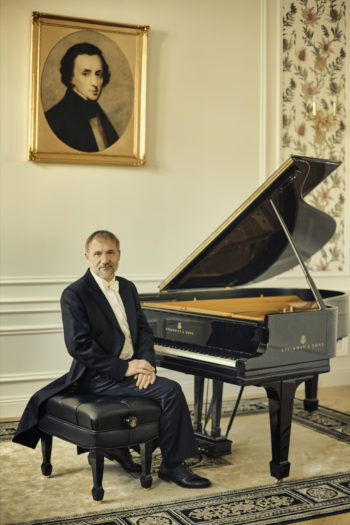 Eugeniusz began his musical education in Poznań in classes lead by Jerzy Libera, continued at The Fryderyk Chopin Warsaw Academy of Music (under Regina Smendzianka and Jerzy Romaniuk) and finalised it with a scholarship won at the Fryderyk Chopin Society in Warsaw taking master classes with Tatiana Szebanowa, Andrzej Jasiński and Jerzy Godziszewski.

Eugeniusz performs both domestically and internationally as a soloist as well as with orchestras. Some of the countries he has toured are Belorussia, Ukraine, England, Thailand and Germany.

Eugeniusz repertoire includes all Chopin compositions, other piano concerts for piano and orchestra include: